History of the 132nd Virtual Wing

The 132nd Virtual Wing was formed in July 2013 by members from the 138th Virtual Wing. The founding members were keen to create an organisation that represented what they believed a Virtual Wing should be about: realism and immersion. After more than a year of ground work, during which all the core documentation was created and a bespoke website was built, the 132nd launched in September 2014.

The 132nd Virtual Wing has its roots in Norway, and is based on the Norwegian 132 Luftving - home to two of the Royal Norwegian Air Force F-16 squadrons. Our logo is a tribute to the 132 Luftving, but our motto "Make You A Sword of Me" is our own; taken from Shakespeare's Coriolanus, it reflects how we fly - you will always have a wingman in the 132nd, and you will be better off for it. 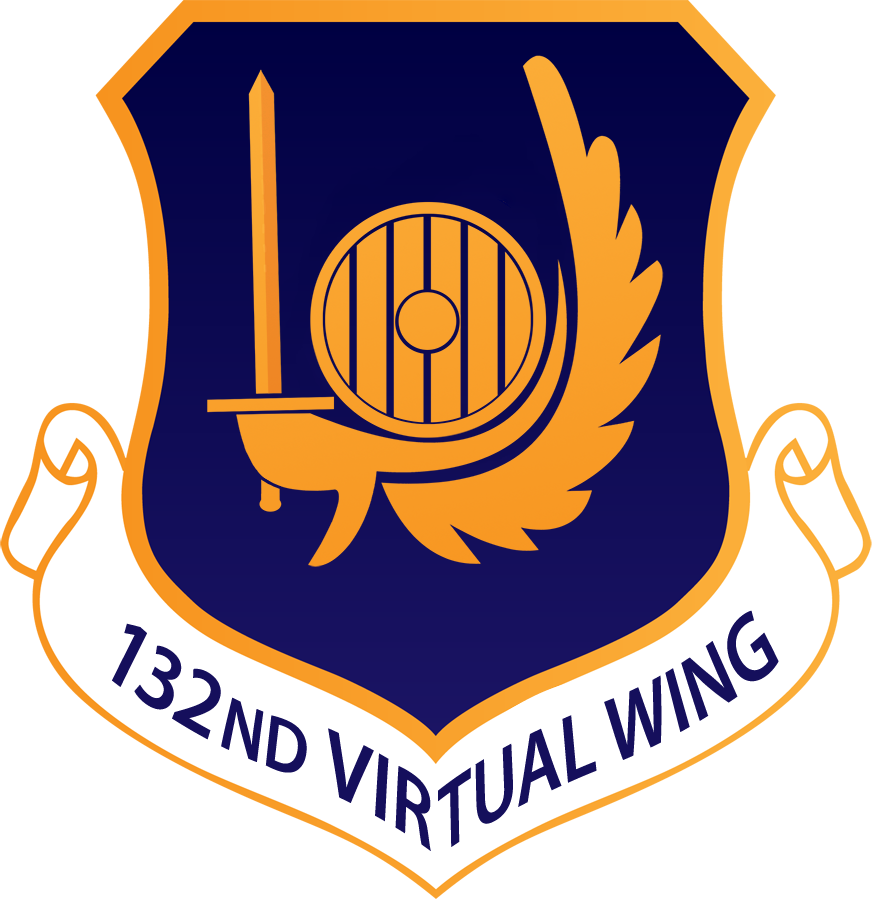 The 617th Virtual fighter Squadron is our fixed wing ground attack squadron. The 617th vFS is based on the RAF No. 617 Squadron. 617 Squadron, RAF, "The Dambusters" was a single squadron formed during the Second World War to carry out a single special and dangerous task. Operation Chastise has since become a legend in the annals of military history and it possess all the traditionally admired military attributes of originality, surprise and heroism coupled with a very dramatic outcome. 
The squadron designation, name and logo stem from the early days of the Ka-50's employment in the Russian aviation forces. Several prototype versions of the Ka-50, then nicknamed "The Werewolf" (Russian: Оборотень), were operated out of 696th Squadron of the 344th Army Aviation Centre in Torzhok during the 80s and 90s. The squadron logo is taken from a tailfin decor from one of these prototypes.


The 696th squadron motto — The strength of the pack — is based on a quote from Rudyard Kipling. It reflects the intended doctrine for the Ka-50 where one envisioned them hunting in packs like wolves. The 176th squadron is our dedicated air control squadron. The "Eyes of the North" provide valuable command- and control functions to all squadrons both in the air and on the ground, as Air Traffic Control and AWACS. The 23rd squadron is our dedicated Joint Terminal Attack Controller squadron. The "Artic Foxes" are in charge of calling in Close Air Support under fire to ensure the objectives of the Ground Force Commander. Our JTAC's handle a variety of airframes in order to engage correct targets on an ever envolving battle field and operate based upon real world procedures. What is a virtual wing without virtual logistics? You can only get so far on one tank of fuel. In order to rearm, repair and refuel the 132nd virtual wing members, a proposal was made in the beginning of 2016 to integrate the Mi-8 airframe within the wing. The proposal got agreed upon and the 259th Virtual Auxiliary Squadron, the "Polar Bears" was created. Providing logistics in the form of troop transport, slingloading, MEDEVAC (MEDical EVACuation), CASEVAC (CASualty EVACuation) and CSAR (Combat Search And Rescue), the 259th excels in providing rapid response to emergencies or requests for troop insertion and extraction. Whether rearming a FARP or picking up a downed pilot, regardless of weather or under enemy fire, the polar bears will fly out and get the job done.

Flying the legendary F14-B Tomcat, the Spectres are the Wing’s first genuine multi-crew squadron. The dream became reality when Heatblur released this iconic aircraft, and the 108th Spectres were formed in July 2019. The Squadron consists of two sub-squadrons: the 108th Pilots and the 108th RIOs – both with individual training programs. Trainees choose either role and, after successfully Mission Qualification in one of the two arcs, a 108th pilot can then pursue training as RIO - or vice versa - if they so wish. The Spectres are a multirole squadron, with a focus on (but not restricted to) carrier operations, flying Air-to Air, as well as Air-to-Ground missions, for the 132nd Virtual Wing.

The 388th is the 132nd's F-16C Fighting Falcon multirole squadron that will conduct a variety of both A-G and A-A missions. The squadron number, the 388th, is a nod to history, where the 388th Fighter Wing at Hill Air Force Base, Utah, became the very first fighter wing to become operational with the F-16 in 1979. The name “the Peregrines” is from the Peregrine falcon, which in addition to being a relatively small but fierce hunter and the fastest animal on the planet, is also one of the most widespread birds of prey in the world-Much like the F-16, a small, fast jet which is used by numerous countries across the world. 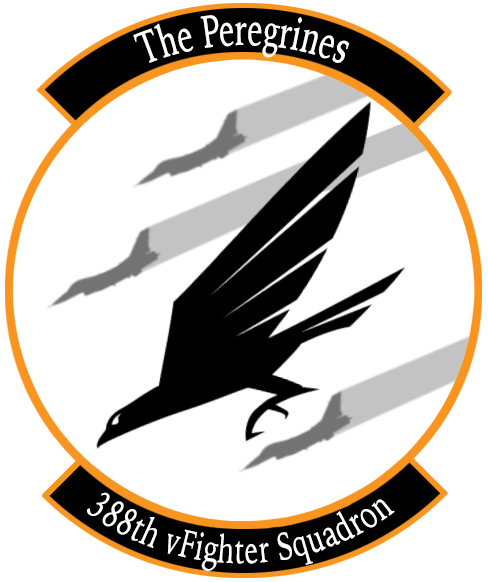